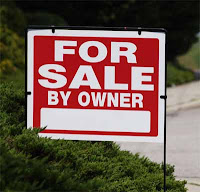 I recognize that in this bear market, it might be prudent to hold onto my portfolio and ride out the storm, but I'm desperate: I need to dump about 10,000 shares of Mama Guilt ASAP.

It all started about three weeks ago when my youngest boy caught a cold, which devolved into the inevitable lingering cough. I'm a sinus infection girl, myself, but the lingering cough is our family Achilles' heel, and the one thing my four children share without fighting over it. That first week, he missed about a day and a half of school, a session of Hebrew school and one soccer practice.

Then he rallied, although not completely (cough, cough), and I sent him back to school. I'm pretty lenient about sick days, because I loathe when people send their infectious children back to school before they are ready. But, frankly, if I kept my kids home every time they coughed, they would grow up illiterate.

On and off over the next 10 days, he would look a little tired and pasty, so I'd give him a steamy bath, some over-the-counter elixirs and an early bedtime, and by the next morning, he would be up and ready, if not raring to go.

Then the weekend rolled around, with soccer practice on Saturday and a game on Sunday in the pouring rain. (OK, it was a heavy drizzle, not a downpour, but from a spectator's point of view, it was miserable. The boys actually seemed to enjoy it.) Throughout the game, huddling under my broken umbrella and cursing the entire soccer program, I made my first acquisition of Mama Guilt stock for the fall season as I began to feel uneasy about allowing him to play. This is ridiculous, I thought. He's had a cold for two weeks. He's going to catch pneumonia.

Mama Guilt, Round 2: Relax, I argued with myself. He's not a baby anymore; you've got to stop hovering. A little water never hurt anyone.

Mama Guilt, Round 3: The next day, I couldn't even wake him up to go to school. He slept until 10:30 a.m. and spent the day hanging out, but didn't really seem sick (except for the aforementioned lingering cough).

Mama Guilt, Round 4: Tuesday morning, I again argued with myself — send him to school, or keep him home again. This is ridiculous, I thought. School's barely been in session a month and he's already missed nearly a week. So, off he went. Not three hours later, the phone rang and I just knew it was the school health clerk. I brought him home and he promptly fell asleep for three hours, waking with a fever of 102°.

Mama Guilt, Round 5: "Bring him right in," they said when I called the pediatrician. She listened to his chest, frowning; she listened to his cough, frowning; she tested his blood oxygen level, frowning. "He's really junky," she said. "We're going to treat him for bacterial pneumonia. He'll either feel a lot better in two days or you'll have to bring him back." And even though she assured me that I was not a loser mother, that I had done exactly what I should have done, it was too late — my portfolio runneth over with Mama Guilt.

The good news is that he's responding well to the meds and I find I'm ready to divest myself of Mama Guilt, so if you know anyone in the market, I'm selling — cheap!

When Susan isn't busy wallowing in guilt here at Chicago Mom's Blog, she can be found wallowing on her own blogs, Two Kinds of People and The Animal Store Blog.
Posted by Susan Bearman at 11:24 PM

Oh, very good! No I do not want to buy your mama guilt stock. I'm sure Grandma could use some to get her up here...

No sale here on that Mama Guilt. You're just going to have to go out and bury that toxic stuff in the backyard. There's no need to beat yourself up. We mamas do the best we can and it's always such a close, tough call when they're sick with the icks.

You shouldn't feel guilty what comes natural to you! You are a great mom, don't second guess yourself.

I did the exact same thing to my 11 yro this spring.