A Death in the (Soap) Family 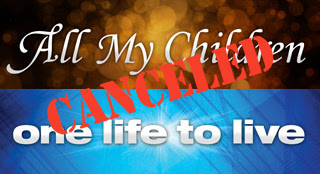 There are two kinds of people in the world: those who know Tad and Erica, and those who, when they figure out that you are talking about characters from the ABC soap opera All My Children, roll their eyes and walk away.

I first saw All My Children (AMC) was when I was 10 years old and went to my friend Chrissy's house in Grosse Pointe for lunch. Chrissy was the youngest of three children. I think her dad was a big shot for J.L. Hudson's department store. I never met her older siblings, who were already grown (or at least away at college). I don't remember ever meeting her parents. But I do remember that she had a live-in maid who wore a uniform, took care of Chrissy and made fried chicken for lunch, which was the only thing Chrissy would eat. While we ate, this lovely caretaker ironed in the kitchen. "Hush, now, I'm watching my story," she would say. "Erica's coming on."

That was in 1970 and All My Children was a brand new show, still just a half-hour long. I was entranced by the adult content and have been watching ever since, sometimes every day, sometimes once a month. Every time my mother visits, she says: "Is that Erica woman still on?" My mom never watched the soaps.

Soap operas were around long before AMC debuted, and had their start on radio in 1930. The very first serialized drama, called Painted Dreams, was produced here in Chicago by WGN. They were called "soap operas" because many were sponsored by household cleaning products.

Over the years, I've been loyal to ABC soaps and an on-again-off-again fan of One Life to Live, Ryan's Hope (for it's entire 1975-1989 run) and General Hospital, especially during the whole Luke and Laura hoopla, which happened while I was in college. At the time, I lived in a group house on Church Street in Ann Arbor with seven other students, girls and guys, all of whom were GH fans. We would race home at 3:00 and crowd into someone's bedroom to watch.

But my heart belongs to All My Children, including all 12 (to date) of Erica Kane's marriages; Tad the Cad's many affairs (one with Liza and her mother); characters dying and coming back to life (repeatedly); casting changes (just how many Colbys have there been?); character name changes (anybody remember when Jake was Joey?); not to mention ghosts, prison breaks and epic backstabbing. The show broke a lot of television taboos: the first legal same-sex wedding, AIDS, abortion, rape, and a transgender character, to name a few. But the reason I watched AMC was because it was fun. That's all. Just plain fun.

The cast and I have been through a lot together: my lonely teenage years, months of bed rest during two of my pregnancies, piles of laundry, and time on the treadmill. I have never really "watched" my soaps so much as had them on to keep me company while I did other things. Along the way, I would get frustrated by the soap-opera mantra of constant turmoil. After their third marriage and finally getting pregnant together, couldn't Tad and Dixie have settled down into happily ever after? Not in soap world. And maybe not in real life, either.

After 40 years on the air, in a soap-opera-worthy plot twist, All My Children has been cancelled, as has One Life to Live. I'm crushed. I just can't imagine life without Pine Valley. And I'm not alone. Many people have suggested that Oprah should pick up the show on her OWN network. Brilliant idea. I know she's a fan and even had a guest spot on the show in the '80s. (Just FYI, I refuse to link to the ABC press release about the cancellations because I will not watch or support their replacement "reality" shows. I have enough reality in my life. Give me back my melodrama.)

Things I've learned from All My Children:
When my husband mocks me about AMC, I remind him that he was a devoted Dallas fan. Hey, just because it aired at night, doesn't mean it wasn't a soap. When things get crazy and my own life resembles a soap opera, there has been something very comforting about turning on the TV and finding familiar characters whose problems are always worse than mine.

Feel free to confess your contempt on the topic or your own soap-opera guilty pleasures here in a comment.
Posted by Susan Bearman at 12:07 AM 11 comments:

The Long and Short of It 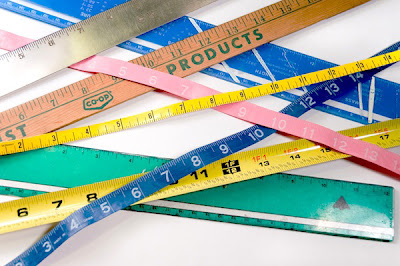 There are two kinds of people: Those who practice brevity as the soul of wit* and those who are windbags.

The title of this post (542 words – the post, not the title) is an English idiom that dates back to cir. 1500, and was originally written as "the schorte and the longe of it." According to page 1129 of my unabridged copy of the The Compact Oxford English Dictionary (2,386 pages requiring a magnifying glass to read), the phrase means: "the sum total, substance, upshot; also, to make a long story short."

Making a long story short is the credo of the Internet. Sometimes I think that's good, yet I struggle with the notion that we can reduce the complexities of the world to a soundbite. I am a storyteller. Those who read this blog regularly know I am not a victim of brevity. The joy of these essays for me is taking an idea, examining it from all sides (or at least two sides), discovering tangents and relationships, then weaving them together into a cohesive whole.

Don't get me wrong; I like the short form, too; I'm practically addicted to the 140 character pith of Twitter.

But are we bowing down to the notion that 21st Century Americans are incapable of following a sustained argument? Must we cater to ever-shortening attention spans, or does that just exacerbate the problem? It breaks my heart to hear my 14 year old say he doesn't like to read novels because they are too long. Too long for what?

On the other hand, as an editor I appreciate the beauty of a succinct sentence honed to its essence. It's a search and destroy mission where my crosshairs settle on extraneous "thats" and pointless "in order tos". Perhaps the best advice ever given to writers comes from Elmore Leonard: "When you write, try to leave out all the parts readers skip."

Ironically, it was at the hands of storyteller Janice Del Negro that I learned an important lesson about keeping things short and sweet. In a workshop exercise, she asked us to retell a well-known story in a Haiku (a three line poem, with 17 syllables — 5-7-5). I loved the prompt (see my example here), and learned even epic tales can be distilled to just a few words.

But should they be? Is luxurious language passé? Or is there still time for the long, slow road of War and Peace (587,287 words), the grand scale of Gone With the Wind (423,575 words), or the symphony of multiple viewpoints in The Poisonwood Bible (177,679 words)?

I think — I hope — there is room for both. But then I remember the catastrophe that was the mullet (business in the front, party in the back), and I have my doubts.

FYI, that whole brevity being the soul of wit thing is actually part of a much longer sentence:

*Therefore, since brevity is the soul of wit,
And tediousness the limbs and outward flourishes,
I will be brief: your noble son is mad:
Mad call I it; for, to define true madness,
What is't but to be nothing else but mad?


Your comments (short, long or somewhere in the middle) are always welcome.
Posted by Susan Bearman at 2:32 AM 8 comments: