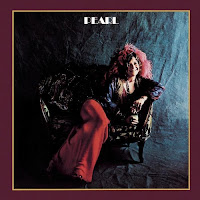 Do you remember the real Borders? If not, what do you think this failure means, if anything, to book lovers everywhere? Click here to comment.
Posted by Susan Bearman at 3:21 PM 12 comments:

Teach a Man to Fish 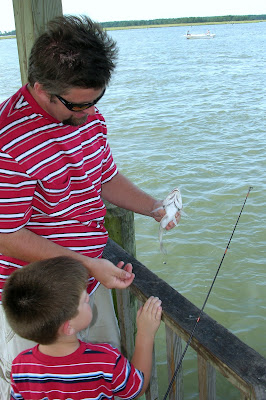 The verbs facilitate and enable are synonyms, both generally meaning to make it easier for someone to do something. The noun forms, however, have taken on opposite connotations. A facilitator is a someone who helps a person or organization find a solution to a problem, while an enabler has come to mean a person who makes it possible for someone to continue with bad or destructive behavior.

A good boss knows how to be a facilitator — to help employees learn, grow and move forward. Most of us have experienced supervisors who are more concerned with their own success than that of their subordinates, a short-sighted vision at best. Effective leaders learn to delegate, support and encourage all team members.

I'm good at the supporting and encouraging part of this equation, but I think I fail as a delegator. I don't know if it's a lack of trust or my own control issues that get in the way of delegating, but I have never really learned to let go.

Good teachers also know the difference between facilitating and enabling. A teacher can talk and talk and talk, but most students need, in one way or another, to figure things out themselves. In this NY Times post, students were asked who were their best teachers and why. Over and over, responses included teachers who had high expectations and who encouraged independent thinking and learning.

But perhaps the arena where the difference between facilitation and enabling is seen most clearly is parenting. If you are a parent, you know that it is usually easier to do something yourself than to let your children to do it. Just think back to the last time your young child "helped" you fold the laundry or cook dinner or shovel the walk. If you're like me, your fingers itched and you had to swallow your offer of: "Here, let me do it." But that kind of restraint is essential for effective parenting, because we all know children who have been "over-enabled"; they're called brats.

Each child has different expectations of what constitutes parental help. My daughter has always been an "I'll-do-it-myself" kind of kid. I can't count the hours wasted when I butted in trying to help her, only to have her rip off her tights (for example) and begin again. "I do it myself" was practically her theme song. Despite sticking my nose in many times where it didn't belong, her innate independence has turned her into a highly motivated, successful young adult. She can be snappish, but she gets things done, and I think the art of delegation is going to take her a long time to master.

Her twin brother, on the other hand, has always welcomed any and all help. These babies were born at 24 weeks, and the boy's size and development lagged far behind his sister's for many years. There were things he could do and things he couldn't, but he was, and is an easy-going, lovely human being, graciously accepting any favor, large or small. I have never once heard him say "Let me do it myself."

When the twins were four, I learned about something called "assumed disability", which often goes hand in hand with an actual disability. With assumed disability, we assume that because someone cannot do one thing, they cannot do something else. From the beginning, my son had two loving, willing females to take care of him, and it took me a long time to figure out we weren't doing him any favors. One day, I heard myself ask the girl to go get her shoes and put them on; then I asked her to get his shoes so I could help him put them on. The bell finally rung and that poor boy's life has never been the same.

But the line between facilitating and enabling a child (especially one with disabilities) is a tricky one, serpentining across the sands of childhood, moving and changing while you're not looking. What is facilitating one day is enabling the next, and staying on top of that moving line takes constant vigilance.

I wish I had been better. I wish I had devoted more time, been stricter and demanded more. I wish I had worried less about his happiness and more about his independence. (Notice that I say this with perfect 20-20 hindsight.) Now the line between facilitating and enabling is a dotted one, and I'm not at all sure how to help him make the right connections. I feel lost, hamstrung by his age, the law and my own expectations.

Don't get me wrong. I've taught him many of the skills necessary for independent living: he does his own laundry, is a pretty decent cook and can get around on public transportation. But his ability to think things through from start to finish or to anticipate are impaired. Is it possible to teach common sense?

I know (hope, believe) that if he could find his passion, the independence would follow. But can you facilitate passion? Can you even enable it? I don't think so. This is just one of those things he's going to have to do himself. And I'm going to have to learn to let him.