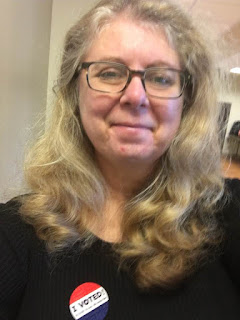 
Posted by Susan Bearman at 2:12 PM No comments:

There are two kinds of people in the world. Those who write blog posts and those who are trying NaNoWriMo … again. (If you don't know about NaNoWriMo, see my earlier posts about it.) See you on December 1.
Posted by Susan Bearman at 10:48 PM No comments: