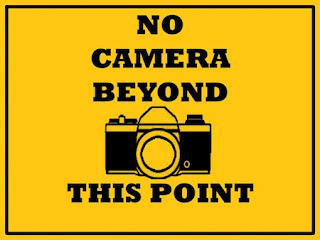 *A point of grammar — do you look "well" in a photo, or do you look "good"? I always thought if someone told you that you look well, it meant healthy. What say you?
Posted by Susan Bearman at 1:57 AM 8 comments:

Rubbing Virtual Shoulders via the Internet

There are two kinds of people in the world: those who are bestselling authors and those who get to interview them. Through the powers of the Internet, I have happily become friends with bestselling author Laura Munson. Along the way, I got the opportunity to speak to her on the phone and even got to meet her IRL (that's In Real Life for those who don't read tech speak). She graciously granted me the following interview about her memoir, how it became a bestseller and where she goes from here. Enjoy. 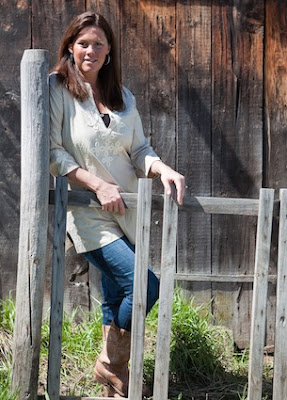 I Don't Buy It
Article first published as I Don't Buy It — An Interview with Author Laura Munson on Technorati.

For writer Laura Munson, four little words — "I don't buy it" — set the stage for bringing her marriage back to life and launched a New York Times bestselling memoir called This Is Not the Story You Think It Is: A Season of Unlikely Happiness (now in paperback).

Laura is neither a doormat nor a masochist. She's a strong, educated woman living in the Montana wilds with her husband and two children. She rides horses, wields an axe, and had written 14 unpublished novels before her marriage hit a wall.

It was her own professional crisis that gave her the resources to react calmly to her husband's pronouncement and give him the space he needed to find his way. "This was not a knee-jerk reaction," said Munson. "I had had years of rejection from the publishing industry. After my dad died and I lost a big publishing deal, I was miserable. I had been working on my response to pain, learning to move through it and use it, when I recognized that my husband was suffering his own crisis of self."

That doesn't mean it was easy. "This was the most powerful pain I have ever felt and I knew it would take me down if I let it," said Munson. "But there was no fear in that moment. My husband had shown himself to be very loving and responsible, so this was a huge departure. Years of failure after years of career success were dragging him down."

In her mind, Laura gave her husband six months to figure things out. Along the way, he was distant, sometimes absent and often angry. Laura chose not to buy into the drama, exorcising her demons with fast horseback rides and long walks screaming at trees.

In July 2009, Munson wrote a shortened version of her story for the popular New York Times "Modern Love" column. The reaction crashed the media giant's website. "Most responses were full of recognition, gratitude and hope," said Munson. But not everyone was positive. Some accused Munson of letting her husband walk all over her or of simply being in denial.

Munson disagrees: "It wasn't really a risk because I couldn't control the outcome either way. It wasn't a strategy to stay married, either. It was a choice to let him find his way without sacrificing our family. You can learn not to take on someone else's issues."

Being a writer helped. "Writers are by nature empathic; we know how to climb into someone else's skin and ask what's really going on," she said. "I wrote my way through my crisis." Munson, who grew up on Chicago's affluent north shore, says the physical realities of living in Montana balance the cerebral life of a writer. "Montana was a big surprise gift to me. There is a tremendous invitation to face your fears. I trust the person I am here."

Seeking publication of her memoir could also have been risky, exposing her family's personal issues so publicly. "I always write to provide relief to myself and others," she said. "I felt a strong call to write the book that I needed at the time, but couldn't find. I wanted to read the story of someone who wasn't going to be buried by crisis, of someone who chose to take the high road."

"The book really isn't about marriage," said Munson. "It's about two people who encountered personal crisis, learned how to be responsible for our own happiness, and came back together as equal loving partners. It's really about two people's relationships with themselves."

Much like her marriage, Munson is ready to move on from being the main character in her own story. "I'm back to writing fiction," she said. "Having people read my work has been incredibly gratifying, but my job is to live in the present, own what is mine, create what I can, and let go of the rest."
___________________

Thanks to Laura for the interview and thanks for reading. We would both love to hear your thoughts, so click here if to leave a comment.
Posted by Susan Bearman at 9:46 PM 7 comments: