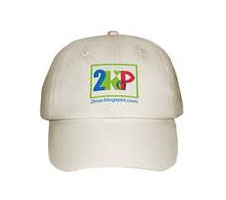 For two years now, I've been telling you all about the two kinds of people who populate my world view. To celebrate the second anniversary of my blog, I issued a writing challenge to my readers to come up with their own Two Kinds of People essay. It was wonderful to read the entries and difficult to choose a winner. Thank you to all who entered and to my panel of judges, who chose a culinary essay by Murray Abramovitch.

The judges felt that Murray's essay best captured the spirit of the 2KoP blog: a solid basic recipe of good writing, seasoned with some interesting facts and quotes, and topped with a great big dollop of humor. (Please note that the opinions expressed are those of the guest author and do not necessarily reflect the views of this blog or its owner. Also note that Murray is from Canada, and his quirky spellings and those of his countrymen are also not our fault.) Without further ado, please enjoy the winning guest post:


Important Distinction or Just a Truffle?
by Murray Abramovitch 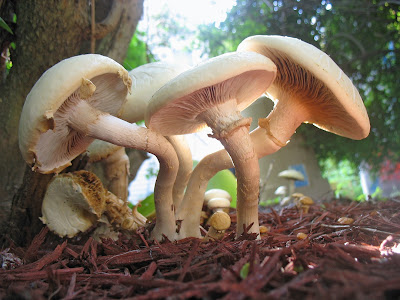 Anything that simplifies life and peels away its many layers of ambiguity has to be a good thing. The two-kinds-of-people exercise, seeing the world in a binary way, is certainly a good thing because it is clarifying; like a rinse, it washes out the grey.

It is important, however, to stick to comparisons that are meaningful and not get caught up in splitting hairs, constantly splicing and dicing and dividing into neat but useless sections the world-at-large.

To this end, I have separated humanity into two very simple but important groups: those who like mushrooms and those who don't. This is a comparison with gravitas.

I am one of the latter group, one who sees a mushroom as a the fleshy, spore-bearing fruity body of a fungus. Mushrooms are part of a noxious family that includes puffballs, stinkhorns and morels. They thrive in the dark, dank and decaying habitats of forest trolls.

The best advice to unsuspecting diners who can't tell a Jack-o-lantern mushroom from a chanterelle is: do not eat a mushroom unless it was collected by a competent mycologist or become a mycologist yourself.

Putting their toxicity aside, mushrooms are fundamentally unattractive, rubbery and without taste unless heavily seasoned or sauteed. Like tofu, they simply take on the flavour of what they are cooked with. Portobello mushrooms in a Madeira wine reduction? Honestly, from where do you think the flavour comes?

Wrote William Alcott, uncle of writer Louisa May: "Strange that mankind should ever have used the mushroom. All the various species of this substance are of a leathery consistence, and contain but little nutriment. The condiments or seasonings which are added are what are chiefly prized. Without these, we should almost as soon eat saw dust as mushrooms."

Voltaire also knew what he was dealing with: "I confess," he wrote, "that my stomach does not take to this style of cooking. I cannot accept calves sweetbreads swimming in a salty sauce … nor the excessive quantity of morels and other mushrooms, pepper, and nutmeg with which (cooks) disguise perfectly good food."

Bottom line: there is no dish containing mushrooms that couldn't be improved by having the mushrooms removed.

At the other end of the gastronomic spectrum is my wife … from a mushroom's lowly perspective, my better half. She positively salivates at the prospect of eating a golden chanterelle, a meaty porcini, an earthy morel. Watching her dine is like seeing the screen debut of Romancing the Funghi. Or better still, a rerun of When Harry Met Sally. You know, the part when Meg Ryan fakes an orgasm to embarrass Billy Crystal in from of the cheap diner crowd and someone says, "I'll have what she's having." I can swear my wife's nostrils flare when she sees mushrooms on her plate … as if someone snuck all that is savory, silk, sexy and decadent into her food.

As for mushrooms being inert ingredients without character, she is one of those who claim that mushrooms "pick up the complexities of other ingredients and add their own meaty, rich and inviting flavour." They add dimension to any dish with their texture and contrast.

I cannot be swayed. I am like Diderot who, in L'Encyclopedie wrote: "Whatever dressing on gives to mushrooms, to whatever sauces our Apiciuses put them, they are not really good but to be sent back to the dungheap where they are born."

So there you go: two kinds of people, one destination.

--------------
Murry Abramovitch's short biography, in his own words: "After some 30 years as a marketing and strategic planning executive, I retired to focus on writing, sharing what wit I can muster and what meager wisdom I have gleaned over time. I have two blogs, one literary — The Literarian — and one business — View from the Corner Office. I invite you to visit the sites and trust you will find them both enlightening and entertaining."

--------------
I invite you to leave your comments for Murray by clicking here. Have a mushroom to pick? Pick it with him. If you agree that he falls on the right side of the dung heap in this argument, let him know that, too. Thank you again to those who entered the first ever 2KoP writing challenge and, as always, thanks to my readers.

Posted by Susan Bearman at 6:13 PM

Congrats, Murray. This was a delightful post. I'm afraid I disagree with you, but my husband is on your side.

What a great piece, Murray. I love the quotes and your humorous touch. I admit that I also side with your wife's opinoins about mushrooms. But my older son would easily agree with you. That's the fun of having two different perspectives... and who would have ever thought there could be so much to say about mushrooms?

I love the essay, even though I'm one of the other of the two. It is cleverly written.

Of course, having a few people not like mushrooms means there are more for me!

Thank you Susan for the opportunity to share (my mushrooming) thoughts and to your readers for adding theirs.

I have to say, I love the graphic you selected to accompany the essay. It kinda makes my case for me, doesn't it?

Ah yes, my husband can't stand the site of them, me, I can't have steak without them! Stranger yet, is a giant fungus (size of a football) that grows in my yard that my boss (and her family) call Bohemian gold. Every fall I dig it up and give it to her for Thanksgiving dinner at her house!!!
Marcy Carlson

Thanks for the comments, everyone. Murray, it's funny that you think that picture makes your case. I chose it because I think it represents each side equally. I'm sure there are those who find that photo beautiful; and those, like you, who think it represents mushrooms in all their negative glory. Beauty and taste buds belong to the individual.

I recently came across your blog and have been reading along. I thought I would leave my first comment. I don't know what to say except that I have enjoyed reading. Nice blog. I will keep visiting this blog very often.
Lucy
http://dataentryjob-s.com

What if there really ARE only two kinds of people?


"What if heredity instead of linear, is branching? What if in fact there were ever only like two really distinct individual people walking around back there in history's mist? That all difference descends from this difference? The whole and the partial. The damaged and the intact. The deformed and the paralyzingly beautiful. The insane and the attendant. The hidden and the blindingly open. The performer and the audience. No Zen-type One, always rather Two, one upside down in a convex lens."