At Two With Nature 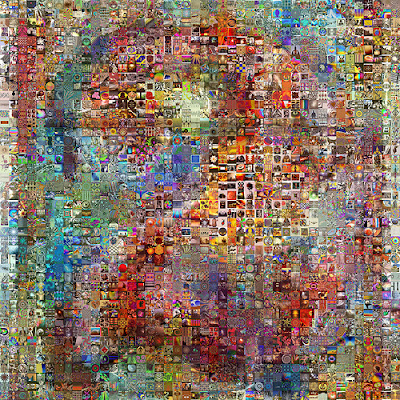 "I am at two with nature." — Woody Allen

There are two kinds of people in the world. I'm not the only one who thinks so, either. Robert Benchley wrote it into law. Ian Gibbs writes a comic called Two Kinds of People and this guy stole my first choice for my blogspot URL, even though he has never written a single post.

Lately, everywhere I turn I see two kinds of people. In comedy, "There are two kinds of people" ranks right up there with "A priest, a minister and a rabbi" as the start of a groaner joke. I recently even ran across the Two Kinds of People List (good fodder, if I ever run out of my own ideas).

But now it seems Two Kinds of People has gone highbrow. Most colleges and universities ask applicants to submit a personal essay (or two) as part of the admissions process. This year, applicants to the University of Chicago are offered five options, and Essay Option 2 sounds mighty familiar:

"Dog and Cat. Coffee and Tea. Great Gatsby and Catcher in the Rye. Everyone knows there are two types of people in the world. What are they?" They claim this was "Inspired by an alumna of the Class of 2006."

I'm telling you here and now that while I have yet to post my coffee essay (I call it "Regular or Decaf"), I wrote it long before I read U of Chicago's prompts and have only been waiting for the right time to post it. You can find one variation on the dog and cat theme on last year's post called "Pet People and Proud of It". And if you have to ask whether I'm Team Gatsby or Team Catcher, then clearly you never read "Sensory Perceptions".

I hear the University of Chicago calling to me, but I can't quite decipher the message. Is it saying: "Carpe diem (which it would definitely say in Latin, because it is The University of Chicago, after all). Apply to our Master of Arts Program in the Humanities (MAPH) Writing Option." Or is it saying: "For God's sake, you just had a significant birthday. These essay prompts are designed for 17- and 18-year olds. It's time for you to let go of this whole Two Kinds of People obsession." (I don't know how to say any of that in Latin, but I think carpe diem may still be appropriate. And just FYI, Google Translate says that "Two Kinds of People" in Latin is People duplex; maybe I should change the name of the blog.)

On further reflection, I'm thinking the University of Chicago MAPH program may not be right for me. It's more of a creative writing option for people who are studying another discipline within the humanities. Perhaps I should explore other MFA programs more in keeping with my writing goals ('cause that's going to happen with two kids already in college and two more coming down the pike).

But I'd like to think there's still plenty of room to explore the rich world of Two Kinds of People, even for an old fogey seasoned writer like me. In the meantime, perhaps I need to start my own graduate program. We'll call it 2KoP-U. Click here to ask a question, leave a comment or request a course catalogue.

And now for a little Two Kinds of People trivia. In what movie will you hear the following quote and who said it?

"You see, in this world there's two kinds of people, my friend: those with loaded guns and those who dig. You dig."

Bonus question: There's another Two Kinds of People line in the same movie. What is it? Answers here, but don't cheat.

Graphic credit: (love this title) Two of Arts — 2000 visual mashups by Q Thomas Bower via a Creative Commons License.
Posted by Susan Bearman at 1:07 AM

Yes, it's a great saying isn't it. I'm not sure which category I fall into but still, if there are two kinds then at least I have a choice.

Crystal — so many choices, as there are so many different kinds of people. Thanks for stopping by.

The other day, I was having dinner with a few friends. With dessert, one ordered a cappuccino, one a regular coffee, one a decaf coffee, one a tea. I thought of you and I thought "there are two kinds of people in this world: those who go out to eat and those who don't".

Murray — You are right of course, it's definitely "two kinds". My husband does not drink coffee or tea, but once or twice a year he orders and espresso, which seems like coffee on steroids to me. Good to hear from you again. I'm thinking of conducting the second annual Two Kinds of People essay contest to celebrate the blog's anniversary.

Bev — Ha! Great guess from a YA/kid lit writer, but nope, that's not it. But it could definitely have been a line in that story.

A nice blog, and an interesting essay. Thanks for using my Two of Arts mosaic to illustrate it.

QThomasBower — thanks for stopping by and checking out the blog. I loved this image, as well as your entire flickr photostream. Thanks for allowing me to share this one here on Two Kinds of People.

I'm so glad *that guy* took your URL because yours is much better. And I didn't know the quote, but should have. I guess I already fail 2KoP-U, but that's okay, I have more essays to write.

Hey! Thanks for the shout out! This is Ian Gibbs :) Unfortunately that website has been down for a while but I am continuing at my blogspot blog. I almost feel famous.

Ian — thanks for stopping by for your 15 seconds of fame. I hope you find the other 14 minutes and 45 seconds, if that is what you are seeking. Good luck with your new blog.