Listen to the Rabbi 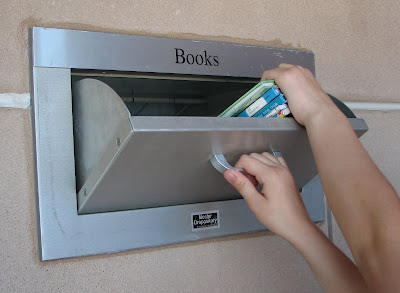 Indira Gandhi said: "My grandfather once told me that there are two kinds of people: those who work and those who take the credit. He told me to be in the first group; there was less competition there."
Great quote, right? In fact, two great quotes: me quoting Indira, and Indira quoting her grandfather — which proves once again that there is nothing new under the sun — which, by the way, comes from the Tanakh (also known as the Written Torah or, by Christians, as The Old Testament). The full quote is from Kohelet (Ecclesiastes) 1:9 — "What has been is what will be, and what has been done is what will be done, and there is nothing new under the sun."
I hear the rumblings — "Why is she getting all religious on us?" I'll tell you. Today, at Yom Kippur services, our retiring rabbi, Peter Knobel, began his D'var Torah with: "There are two kinds of people in the world: those who wake up and say 'Good morning, God' and those who wake up and say 'Good God.'" It got a giggle from the congregation, but my family practically fell on the floor laughing. "Mom, you've got to put that in your blog," several children said. "Shhh," I said, "Listen to the rabbi," all the while trying to figure out a way to incorporate it in a post.
It is estimated that Kohelet, or Ecclesiastes, was written approximately 250 BCE, which means that even 2,000 years ago it was tough to come up with an original idea. This presents a huge hurdle for us as writers, who at best, can merely try to make everything old sound new again*. If we do it well, it's called originality; if we do it poorly, it's called plagiarism.
We all know that the first commandment of writing is "Thou Shalt Not Plagiarize". But writers are notorious copycats. Just peruse the lists of published works and count how many books about wizards have been released since the first Harry Potter debuted in 1997. Of course, accusations abound that Rowling stole her ideas from such diverse sources as Tolkein, Star Wars, an '80s B movie and a variety of unknowns. There are other writers, however, who haven't fared as well when their works have been held up to the derivative light (remember Harvard student Kaavya Viswanathan?)
So does it matter from whence our ideas spring? When we reference biblical or well-known literary sources in our writing, this form of stealing is generously referred to as allusion, a highly prized aspect of literary fiction.
When, then, do allusions, quotes or paraphrases veer from the acceptable path of literary touchstones into the red zone of plagiarism. I like this guide from Purdue University, entitled: "Is It Plagiarism Yet?" This student resource advises that "the key to avoiding plagiarism is to give credit where it is due" and then cites a thorough list of sources that must be credited or documented. (In yet another aside, I discovered that the phrase "give credit to whom credit is due" was probably coined by Samuel Adams in 1777; it's worth noting that the Purdue piece does not give him credit.)
Although the Purdue piece gives some excellent advice for writing nonfiction, it doesn't touch on all the idiosyncrasies of creative writing. Pop culture references often offer a great shortcut for creating an image or setting a tone, but writers run the risk of copyright infringement, particularly when using song lyrics.
What's a writer to do? We are told in workshops to read, read and read some more; to analyze — even emulate — our favorite authors. As the humorist Josh Billings once said: "About the most originality that any writer can hope to achieve honestly is to steal with good judgment."
In a sense, all artists must come to grips with the idea that creation is at heart re-creation. We take and we twist and we fold; we smelt and we hammer and we forge; we spindle and mutilate and commit acts of re-visioning until we have produced something that — if not entirely new — is entirely our own.
It's true that I've let many other writers do the work of this post, while I am taking the credit. I can justify that with just one more quotation:
"If you steal from one author, it's plagiarism;
if you steal from many, it's research."
— Wilson Mizner (1876 -1933)
I love a good quote. In some ways, all writers strive for immortality through their words, so maybe dropping an attributed quote here and there isn't such a bad thing. (Would you have thought about Wilson Mizner before you read this post?) Share your favorite quote by clicking here.
*To give credit where credit is due, the following clip is of the song "Everything Old is New Again" from the film 1979 film All That Jazz; music and lyrics  by Peter Allen and Carole Bayer Sager.
*
Posted by Susan Bearman at 8:46 PM

"They had their lean books with the fat of others' works."
Author: Robert Burton
Source: Anatomy of Melancholy--Democritus to the Reader

The Greeks had their students learn to write by first copying the writing of their greatest authors. Those of us who read and also write can't help being influenced by the ideas of others. But we need to trust ourselves to put our own unique spin on those ideas.

Did you forward this blog to Rabbi Knobel?

I love the Mizner quote! And I agree as writers we have to remember that we are just one in a long line of writers and originality (And not plagiarizing) is in the eye of the beholder.

Sometimes I think about how much easier it must have been to write an "original" story a couple hundred years ago. Now, not only do we have to avoid copying a world of books, but also movies.

A few months into writing my current novel,it seemed every movie I saw featured some plot point of my story. And then, as I got close to finishing, I started rereading a book I'd read several years ago, and in the first few pages I got the sickening feeling that I had subconciously gotten the idea for my book from this one. Fortunately, the book took a major turn away from where I thought it was going. I was quite relieved (in spite recognizing my total loss of memory of the book.)

I would never copy another writer's work, but since there's nothing new under the sun, it's inevitable that we'll have echoes.

My newest favorite quote from Walter Cronkhite (sp?). " I have a deep aversion to group conformity."

My newest advice is: Only quote children under 5 years old.

LOL, love your dad's advice. I didn't know you were getting ready for your son's bar mitzvah. Hope to see you in a few weeks at the Skokie Tweet-up!