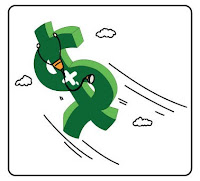 I'll try to keep this short, but there will be nothing sweet about it. My husband and I have owned a small retail business for 18 years. This means we pay out of our own pocket every dime of our health coverage and expenses. The insurance premiums for our family are about $24,000 per year. Each year, they have increased dramatically, and we have had to reduce benefits and increase all our co-pays to be able to afford the premiums at all.

Over the course of 18 years, we have spent between $300,000 and $350,000 in healthcare premiums alone — just to protect our family, just in case. We have no dental or vision coverage, so those expenses are all out of pocket. Our gross and net income has actually declined since we started, so when I start doing the math … well, let's just say I feel sick.

But it isn't just the money.

We have been dropped by two different carriers who decided it was no longer profitable to provide individual family policies. We have a wonderful agent who continually looks for the best deal available, and we frequently change our coverage and carrier to keep our premiums from bankrupting us. In the course of this constant vigil to control our healthcare costs and remain a viable business, we have been denied coverage several times. I won't go into the reasons given to us. Most of them were spurious, and all of them were arbitrary and irrelevant to this discussion.

Our own discussions, as small business owners and heads of a household with small children, have included actually thinking about dropping our healthcare coverage. It is a dangerous, irresponsible option and we have always decided against it — but out of desperation, we have considered it. Between our insurance premiums and out of pocket medical expenses, the part of our budget that has been cut completely is savings, and this has its own long-term consequences.

My mother has Parkinson's Disease. She lives in Florida now, and has lost more primary care physicians and neurologists in four years than I can count because they have moved out of state, dropped her various Medicare supplemental plans, or simply stopped practicing. The stress on her and my father in weeding through the morass that is Medicare is taking a profound toll on their health and well being in these, their "golden" years.

I don't pretend to be an expert, but the AIG bailout and reports of record insurance industry profits make me break out in hives. Healthcare in America is profoundly dysfunctional — not because of the practitioners, who I know are the best educated, most skilled and profoundly dedicated medical personnel in the world — but because we, as a society, have been unwilling and unable to face up the the Herculean task of revising the financial aspects of this system and recognizing that healthcare is an important human right for everyone.

We have known for at least 20 years that this country was facing a serious healthcare crisis. Then the economy blew up and the crisis no longer loomed — it landed. Hard. If we have any hope of getting the economy back on its feet sooner rather than later, we must tackle the issue of healthcare head on, because it is the single biggest economic issue facing everyone from the largest multinational corporation to each individual citizen. Let's get busy.

This is an original Chicago Moms Blog post. When Susan Bearman isn't feeling nauseated over the state of healthcare in America, she can be found writing at Two Kinds of People and The Animal Store Blog.

--------
Ed. Note: As a result of this post, CNN contacted Kenn at The Animal Store and interviewed him about healthcare and small business on 3/25/10. See the video clip here.
Posted by Susan Bearman at 2:22 PM

It's a problem that needs a serious overhaul. Let's hope they make some changes that actually work and NOW!

Thanks you for this thoughtful post. As sole proprietors, we have the same problems: rising costs for less coverage. If you've got any pre-existing conditions, you got nowhere to go. Every time I speak to one of the customer service people at my insurer, I put on record that I'm tired of my premium going to her boss's multi-million-dollar salary. My hub's GP told him today that doctors only see 20 cents on every dollar of reimbursement from our insurers. (!!!!) I told him we should tell his doc we'll pay them 25 cents on the dollar. He'd make out out better, and so would we. It is a DISGRACE. I blog about it over at SingleMindedWomen.com, fyi.