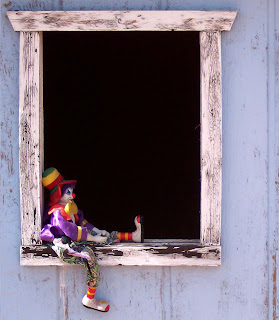 Sadly, I'm one of the latter. I have only one joke (nope, I'm not going to tell it here; it's a little inappropriate). The gift I bring to comedy is that I'm a great audience, an easy laugh. I'm not, however, indiscriminate. I admit I never got Howard Stern or the Three Stooges (I think it must be a guy thing).

When I was growing up, I loved listening to my parents' comedy records (I know, I'm old). The first one I ever heard was From the Button-Down Mind of Bob Newhart. Who will ever forget this Chicago native's one-sided phone conversations? (You forgot? No worries: click here then click on the "Abe Lincoln vs. Madison Avenue" or "Nobody Will Ever Play Baseball".)

I was too young at the time to get  much of the humor by Mike Nichols and Elaine May on Improvisations to Music, although it became one of my favorite albums in college (when I finally got the references), and I still have it in my collection today (don't tell my parents). Here's their riff on the phone company:

Lily Tomlin's This is a Recording , on the other hand, was easily accessible to my young ears, and Ernestine had me howling from the very first "One ringy-dingy …" (Hmm, I'll have to ponder the cultural significance of why so many of our greatest comedians have turned to the telephone for inspiration.)

When I was a kid, my parents would send us to bed and then often sit in the living room to listen to the Hi-Fi. I have vivid memories of my brother and I tiptoeing out of bed and sitting at the top of the stairs so we could hear, too. It was torture trying not to laugh at Bill Cosby's To Russell My Brother, Whom I Slept With. We'd do almost anything to avoid cracking up and being banished back to bed. We knew as soon as one giggle escaped, we were doomed, so we'd bite our tongues and pinch each other and clap both hands over our mouths. It never worked.

Except once. It was 1972 and a friend of my dad's brought over George Carlin's Class Clown. Somehow we managed to get through "Bi-Labial Fricative", "The Confessional" and "Heavy Mysteries" without getting caught, probably because the adults had fallen into hysterics. When George got to the "Seven Words You Can Never Say on Television", we knew we had to be really quiet or we'd be in big, bad, ugly trouble. This was definitely stuff we were not supposed to hear. On the other hand, it was valuable information and, consequently, worth the risk.

There was something delicious about sneaking all this comedy. It's just not the same flipping through channel after channel of cable standup, although I'm the first to admit I would never have gotten through eight years of George Bush or the most recent election season without Jon Stewart and The Daily Show.

Today, of course, we celebrate April Fool's Day with jokes and pranks aplenty. I was surprised to learn that the holiday has been around for hundreds of years, but I'm going to need a couple hundred more before I can pull off any kind of noteworthy prank. I miss the days when my kids were young and dumb and I could crack them up with a plastic fly frozen into an ice cube. What can I say, my kids inherited my "great audience" gene.

I hope you had a few giggles today. If you're still feeling puckish, check out The Top 100 April Fool's Day Hoaxes of All Time. I'm particularly fond of #7, where it was reported that the state of Alabama voted to change the value of Pi from 3.14159… to the "Biblical Value" of 3.0.

Click here to share your greatest practical joke, either given or received. You can even make it up; I'm easily fooled.
Posted by Susan Bearman at 2:44 PM

HAHAA. I laughed at the Biblical Value of Pi thing...:)

I grew up with the records of Bill Cosby, Bob Newhart and many of the others you metioned. I like you am no joke teller but really appreciate the joy that can come from a really good laugh from the turn of a phrase.

Oh, and I still have the records!