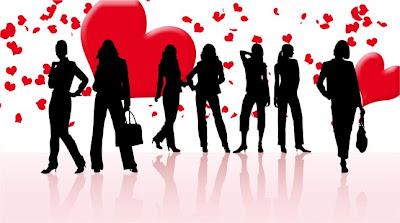 Often, woman have been accused (and guilty) of being catty, backstabbing Mean Girls. I challenge you to find a girl or woman who hasn't suffered the slings and arrows of a group of nasty wenches. BC (before children), I steered clear of girl groups. I had a few close friends I met between junior high and college, and we are still friends today, but I never really joined much of anything. Blame my mother, she wasn't a joiner, either.

When my twins were born at 24 weeks, I was completely overwhelmed. At just a pound and a half, they spent more than five months in the hospital being watched over every minute of the day by literally hundreds of talented, caring professionals. At first, it was difficult to find my place. I couldn't hold them, I couldn't nurse them, I couldn't care for them. I felt pretty lost, and certainly did not feel like a mom, whatever that was supposed to feel like.

About a month or so after they were born, a neighbor came by — a women with three kids, including a set of year-old twins. She invited me to come with her to a Mothers of Multiples (MOMs) meeting. I gave her a bunch of excuses, ending with the fact that I wasn't really a mother to them yet. She looked at me for a minute and then said: "You're their mother. I'll pick you up at 7:15."

I will be forever grateful to that woman for reaching out to me and dragging me to my first MOMs meeting. It changed my life — as a mother and as a woman. For the first time, I was plugged in to the powerful network that is motherhood.

Our MOMs group met once a month in each others' homes and usually had a terrific speaker. To this day, I pull from the parenting advice those speakers offered. But, as valuable as the speakers were, it was the camaraderie of the women in that group that saved my life.

Many of the new moms I met at that time approached motherhood like a competition, bringing the full force of their expensive educations and high-level jobs to the table of motherhood. These women competed about everything: whose child spoke first, whose was potty trained first, what preschool they got into. It was overwhelming, not to mention ridiculous, and even if I had wanted to participate, my twins were not in the running. Boasts of "Well, they're both still breathing this week," got me nothing but pity at a time when I thought breathing was the greatest accomplishment in the world.

The women in my MOMs group were a whole different story. They were so grateful if they got to shower before five in the afternoon, that they didn't have time for one-up-womanship. When you are trying to nurse two babies at once or chasing two toddlers around the house or keeping up with ever-growing mountains of laundry, all bets are off. You learn pretty quickly that it's survival of the fittest and that you better hone your sense of humor. These moms just got it.

To be fair, most of the nastiness of competitive motherhood evaporated with the births of second children. Over the years, I have joined a number of other groups; some have provided temporary connections to get me through a certain phase of life, and some have provided life-long friendships. My network has continued to expand with book clubs, writing groups, PTAs and any number of support groups, including those for families of children with special needs, families with preemies, families with curly-blond-haired math geeks — OK, I made that last one up, but you get my point. Today, the Internet provides even more possibilities for tapping into the network — for finding and hooking up with people from all over the world who get it.

Along the way, I have met women who understand the challenges of infertility, who know better than to say things like: "Tom and I have decided we want a June baby." I have found women who know the difference between morning sickness and hyperemesis gravidarum (puking nonstop during pregnancy) — they get it. I have leaned on women who understand that even though I love my children more than I can ever say, today they are making me totally and completely crazy. I have had moms save my neck when I was stuck in traffic and couldn't make preschool pickup in time (or Hebrew school pick up, or chess club pick up, or … ).

I've saved my share of necks, too. It is in the Mom Code of Ethics that if you can do something for another mom, even a virtual stranger, then you do it. You pay it forward, not so that particular person pays you back, but because you know that you'll need help someday soon. It's like having a healthy savings account in the Bank of Mom.

Just last week, I spent some time on the phone with a mom who is beginning to have her son tested for learning disabilities. My special needs son is now 17, and we've been on this path for a long time. I was happy to share my experience, making another deposit into the Bank of Mom. Today, I reached out by email to another mom whose special needs son is further along the path than mine. I've never met this woman, but she is happy to share her experiences with me as I make my withdrawal from the Bank of Mom.

To all the women who have offered me love, support, a shoulder to cry on, a kick in the pants, or a girly martini, I say thanks for being there and thanks for getting it. To those of you just starting your journey, I strongly encourage you to tap into the network.

This is an original Chicago Moms Blog post. When Susan isn't going to support group meetings or balancing her account at the Bank of Mom, she can be found blogging at Two Kinds of People and The Animal Store Blog.
Posted by Susan Bearman at 8:23 PM

What a great post, and I love your blog. Is it bad that I chuckled at 'Boasts of "Well, they're both still breathing this week,"?'