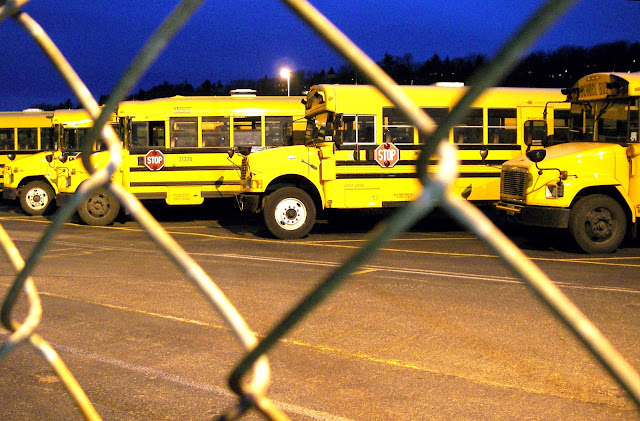 There are two kinds of people in the world: those who believe in the value of public education and those who feel it is a failed experiment.


I stand firmly with Thomas Jefferson, Founding Father and author of the Declaration of Independence, who believed that public education for all was essential for sustaining democracy. Are there problems with the American educational system? Certainly, but that should inspire us to action, not abandonment.
There is a valedictorian address by a 2010 high school graduate, Erica Goldson, that has gone viral. If you haven't seen or read it, you should. Goldson makes a passionate argument against the current state of education, going so far as to liken it to enslavement, brainwashing and insanity.

Many of her points are well taken. The goal-driven, standards-based, business model of contemporary education plagues me, as well. People are not interchangeable parts; we are not standard issue and cannot be evaluated nor educated as if we were. Here is part of Goldson's eloquent argument:

"We are all very special, every human being on this planet is so special, so aren't we all deserving of something better, of using our minds for innovation, rather than memorization, for creativity, rather than futile activity, for rumination rather than stagnation? We are not here to get a degree, to then get a job, so we can consume industry-approved placation after placation. There is more, and more still."

The irony, of course, is that Goldson uses her very education to speak against those who taught her to think for herself, to write a coherent speech, and to stand boldly in public to deliver her treatise. She states that were it not "… for the rare occurrence of an avant-garde tenth grade English teacher, Donna Bryan, who allowed me to open my mind and ask questions before accepting textbook doctrine, I would have been doomed." Well, brava for Ms. Bryan. Many of us can recall a special teacher, sometimes even the exact moment, when our minds were opened. We should bless those teachers, thank them, and encourage our best, brightest and most enthusiastic minds to become educators.

What I know that young Ms. Goldson does not, is that educational philosophy operates like a slow pendulum across a wide arc. This year, Ms. Goldson is the product of an increasingly competitive, narrowly-focused, goal-oriented pedagogy that we will, for the sake of argument, say is at or near the far right of that arc. In 1978, when I graduated from high school, the pendulum was at or near the far left of the arc, poised to begin a swing back that has taken more than 30 years.

Back then, we weren't so goal oriented as process minded. Our classrooms were filled with bean bag chairs and progressive educators and choices. I took photography as a science, and the only requirement for changing that course from an art credit to a science credit was that I had to learn the names of the chemical formulas we used in developing photos. That's it, just the names. I could have gone further, questioned the theory behind using light and photo sensitive materials to capture images on film in a negative format and then transforming it again into a positive image on paper. I could have, but I didn't. It wasn't a requirement, and while I was fascinated to see an image emerge in the red light and chemical brew of the dark room, it never occurred to me to ask how or why.

My point here, and it harkens back to Ms. Goldson's earlier statement, is that we are indeed all individuals with our own learning curves and drives and levels of ambition. I think Ms. Goldson is lucky to begin questioning her education as early as she has, because her questions and curiosity will take her far. I believe that the goal of education should be to learn how to learn — not what to think, but how to think.

Ms. Goldson lamented in her speech that education — and work afterward — is a form of slavery. She claims to be "a human being, a thinker, an adventurer – not a worker. A worker is someone who is trapped within repetition – a slave of the system set up before him. But now, I have successfully shown that I was the best slave. I did what I was told to the extreme. While others sat in class and doodled to later become great artists, I sat in class to take notes and become a great test-taker."

I part ways with Ms. Goldson on her assertion that education equals enslavement. Baron Henry Peter Brougham (1778-1868) argued that education actually precludes slavery: "Education makes people easy to lead, but difficult to drive; easy to govern, but impossible to enslave."

Her naivety is forgivable (she's just a teen, after all), but it shows itself most clearly in her definition and understanding of work. So, Ms. Goldson is an adventurer, not a worker. I wish her good luck with that and would like to talk to her when her first rent payment comes due or when she breaks her leg on one of her adventures and doesn't have health insurance. Despite it's bad rap, work doesn't have to be a four-letter word. The trick is to find value and worth in doing your work, even if it's only that it allows you to live as comfortably as you want to live and enjoy your time away from work. If you're lucky, you can pay your bills and feed your family. If you're really lucky, work is more than that, but that can be enough.

Picasso once said: "Inspiration exists, but it has to find us working." I doubt that doodling in class has led anyone to become a great artist by the time of high school graduation. It may start you down a path and develop some rudimentary skills, but so does taking good notes and learning to take tests successfully. I agree that test scores should not be the goal of education, but learning to take meaningful notes, construct a coherent argument, and write an organized paper are fundamental skills for the student, just as learning the play of light against dark and understanding perspective are fundamental skills for the artist.

I could never have been valedictorian of my class. I got very good grades in high school, but I didn't work hard enough to be number one. I don't even know if we had a valedictorian. I did do well enough both in school and on standardized tests to get into an excellent college, where I struggled because I had not learned any study habits during high school. It wasn't until my junior year in college that I figured out how to study. And it wasn't until many years later, when I found myself sitting in the driveway to hear the end of a story on NPR that I really figured out that learning isn't something you do for 12 or 16 years of school. It's a life-long process.

It took me a long time to find my passion. Now, each day, I learn something new about writing and it spurs me to learn even more. I wish I had found this kind of inspiration when I was 18, but I wasn't ready. Inspiration may have shown up earlier, but I wasn't working at it. Sometimes I worry that it's too late, but I push those thoughts aside. They won't do me any good.

I also accept Ms. Goldson's challenge to her graduating classmates: "… do not forget what  went on these classrooms. Do not abandon those that come after you … We will break down the walls of corruption and let the garden of knowledge grow throughout America." I add only that we are all responsible for tending that garden. What say you? Leave your questions and comments here.

"The public education … we divide into three grades:

Posted by Susan Bearman at 5:02 PM

The only problem with most public schools are centered on change for changes sake, testing which shows little of what children actually learn, and the administrations of schools as the only trustworthy source of information on how a school is actually doing.

This ex-teacher is very sad for the shape of our state's schools.

Ciss — I actually put the blame for a lot of that on No Child Left Behind, which puts the emphasis on all the wrong things. Administrators must meet these ridiculous, arbitrary and ever-increasing target goals on an ever shifting "inventory" of children. Their funding is based on meeting this goals. It's a ridiculous business model that can never work in education. JMHO

I'll go with you on that, Susan. But here in our local districts long before there were these expectations from government the districts were constantly changing the math programs (and other programs as well) they seldom looked at long term studies or real long term results (Trials of the programs), or even the cost and practicality. The revolving door for that constant change of approaches cost the districts big time, and then of course they would complain that they were strapped for cash.

I agree that there are quite a few good people in administration because I've dealt with them, but those who make our final decisions are those who continue to, "spend for change," rather than do any real long term studies to find out how well something works, and IF it would even be viable for the districts.

I have seen this phenomenon as well. For example, our district invested heavily in the "Character Counts" program, then dropped it entirely for PBIS. It's an interesting phenomenon that relies on the assumption that one "program" (be it a behavioral program or math program or reading program) will solve every problem and/or meet the needs of every student and teacher.

I'm thinking she didn't become so outspoken and driven from her public education but from her family and life.

Tracey — While I agree that Erica's home life probably played a part in her drive and ability to express herself, she was not home schooled and did not learn those skills in a vacuum. I don't think there is much "glory" being claimed public education, nor much responsibility being taken for academic failures either. My point is that we are all responsible for education our young people. A critical look is essential, but simply condemning across the board does not benefit anyone. Not every family (in fact I would say most families) are willing or able to undertake homeschooling. It may be the right solution for some families, but I, personally, still believe in the importance of public education. Not saying it doesn't need help — it certainly does — just saying we can't afford, as a nation, to let it die.

Susan,
You've discussed this critical subject intelligently and with passion. Thank you.